Tax attorney Andrew L. Jones graduated in 2009 with a J.D. and a Master of Laws (LL.M.) in Taxation from Loyola Law School, Los Angeles, and was licensed that same year to practice law in California.  Andrew limits his practice to international tax controversy, compliance, and planning, focusing in particular on IRS voluntary disclosure programs for resolving unreported and/or un-taxed foreign accounts (including the Streamlined Domestic Offshore Procedures, Streamlined Foreign Offshore Procedures, Delinquent FBAR Submission Procedures, Delinquent International Information Return Submission Procedures and, where appropriate, non-program disclosures arguing reasonable cause as a defense to all penalties).

Andrew has guided dozens and dozens of clients through the collective disclosure of over $27 million in previously-unreported foreign assets; the median disclosure was $360,000 (statistics as of 1/29/2015).

Andrew earned his B.A. in Political Science from UCLA in 2003 (with a minor in Public Policy), and in 2009, earned his law degree from Loyola Law School (Los Angeles) and later that year, graduated a semester early – and with distinction – from Loyola’s Master of Laws (LL.M.) in Taxation program.

His career focus on taxation began with his 2007 summer internship in the Washington, D.C. chambers of United States Tax Court Judge Mark V. Holmes.  Upon his return for his second year at Loyola Law, Andrew concentrated his academic efforts in the tax field, ultimately completing 37 units of tax course work. 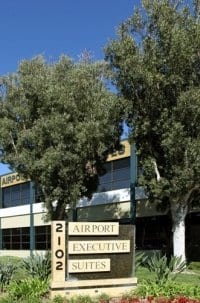